“The knowledge you gain is the most important thing” 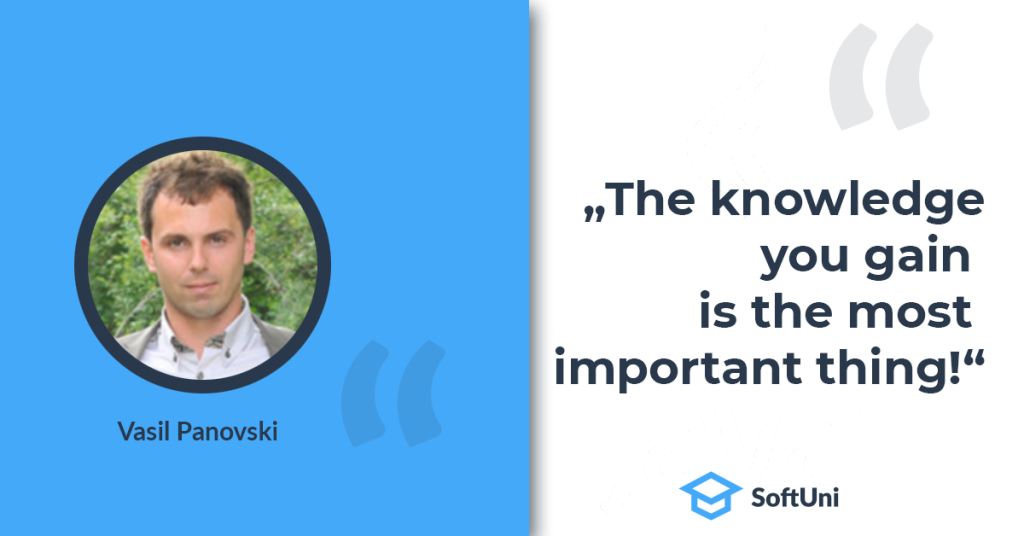 In our rubric, we share with you inspiring interviews with our most successful students to learn more about them – how they have found out that programming is in their blood, what motivates them to grow, which were their biggest obstacles and other interesting questions. “I decided to study onsite and not only did I learn more that way, but I also formed a lot of friendships.“ How did Vasil’s programming journey start? Don’t miss out on the next couple of paragraphs.

Hello, Vasil! Can you introduce yourself with a few words for the reader of our blog?

My name is Vasil Panovski and I am 34 years old. I graduated Business Management specializing in the Forest Industry and I have 5 years of internship in this major. I began programming in 2015 when Software University opened its doors and offered free education for the opening course “Programming Basics“. Right now I work for a company named “Salesforce” and program applications in the cloud using a Java-based language called Apex.

In general, solving logical problems is my favorite thing, and when it comes to building software, things get even more interesting, at least for me. I began with C# and later switched over to Java and JavaScript. Of course for someone who has written a lot of Java code – it’s my favorite language, but the truth is that the programming language is only a tool for solving problems and problems are analogous.

Which course from the program was the most useful for you and why?

All courses are useful. The Software University program is consistent; you cannot skip mandatory courses, which guarantees the overall assimilation of the content. I have to mention the Object-Oriented-Programming Course. It was hard for me, but it gave me wings 😊

Why did you choose Software University and what was the atmosphere during your education?

I watched an interview with Svetlin Nakov and it grabbed my interest. Back then, I only knew about some other academies, but after I found out that Nakov is at the heart of Software University I decided it’s better to choose it rather than another academy and it wasn’t a mistake! The atmosphere is competitive, so to say.  There is almost no time to relax, but if you stay competitive the results will come faster. The best thing for me was the group projects we created during my education

What was the biggest difficulty for you during the program?

Here I have to repeat myself. The biggest difficulty for me was understanding the concepts of Object-Oriented Programming (OOP). It was hard and at the same time very interesting. I also experienced difficulty during group projects, because bringing a few people together for a limited time is not an easy task 😊

What other skills (besides programming) did you manage to gain from your education at Software University?

Did the diploma from Software University help you succeed in the following professional realization?

I still don’t have a diploma, but the certificates did their job. The knowledge you gain is the most important thing, everything else is only to get you to an interview.

How do you see yourself in 5 years in a professional plan?

I see myself as a programmer. I’m still at the beginning phase 😊

And finally – what will you advise all our future students, which are about to begin their education at the Software University?

It’s a good choice for realization. Don’t be afraid to take the first step 😊 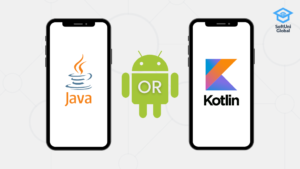 Java or Kotlin – What Is Better for Android Development? 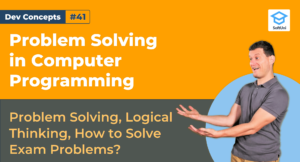 How to Build and Use Problem-solving Skills [Dev Concepts #41] 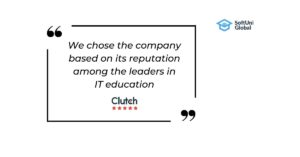 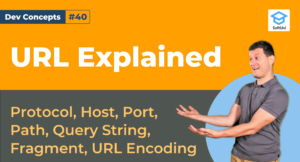 PrevPrevious“The courses in SoftUni target practical education and there is always something new to learn!”
Next5 misconceptions about ProgrammingNext